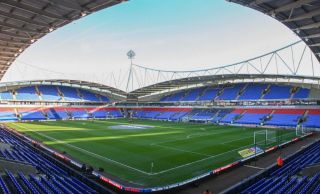 Bolton Wanderers chairman Ken Anderson has confirmed the club are to go into administration in a devastating blow to all Trotters fans.

This follows a reported takeover deal that has now fallen through, with the club dealt the blow of starting next season with a 12-point deduction as punishment.

MORE: Lionel Messi in altercation with furious Barcelona fans at the airport after humiliating Liverpool defeat

Bolton have already been relegated from the Championship to League One, and such a heavy penalty could mean they face successive relegations next term.

The club, once a steady and solid Premier League side, have really gone downhill in recent years and have struggled to pay staff this season.

They are currently embroiled in proceedings with the High Court over a winding-up petition brought by HMRC over a £1.2million in unpaid taxes.

One imagines it will now take years for the club to recover, with the chances of them getting back to where they were in the glory years under Sam Allardyce currently a distant dream.