According to the Guardian, the Argentina international broke down in tears after the crushing defeat, which saw Barca surrender a 3-0 first leg lead and miss out on a place in the Champions League final.

MORE: Lionel Messi in altercation with furious Barcelona fans at the airport after humiliating Liverpool defeat

It’s certainly sad to see such a great of the game let down by his team-mates, with Messi’s magic in the first game having put Barcelona into such a commanding position to begin with.

Liverpool will now meet either Tottenham or Ajax in next month’s final, with Messi missing out on the chance of winning the competition for a fifth time.

The 31-year-old has now not lifted the trophy since 2015, with his nemesis Cristiano Ronaldo eclipsing him in the competition with so many big-game performances. 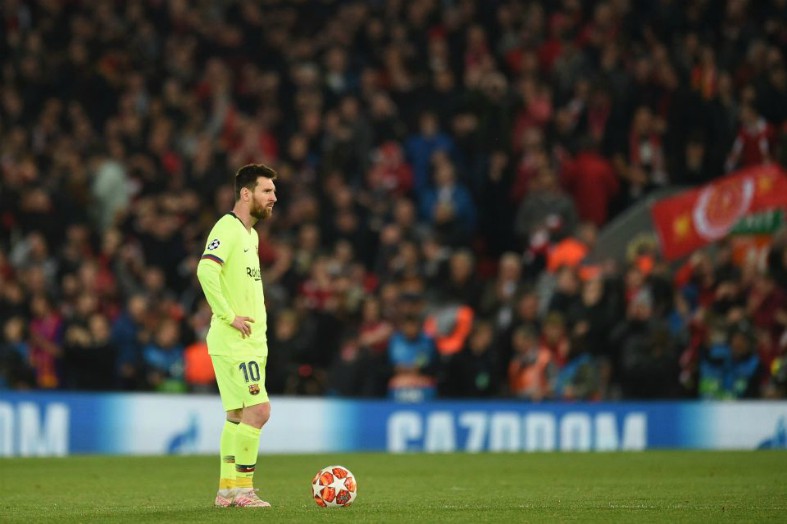 Although Ronaldo could not inspire Juventus to Champions League glory this season, he was a driving force behind Real Madrid’s recent success.

Messi, on the other hand, has now been involved in a number of heart-breaking results in this competition, with Barcelona also crashing out in a shock result last year when Roma overturned a 4-1 first leg loss to win the second leg 3-0 and progress to the semi-finals on away goals.