Real Madrid are said to be readying a huge €280M transfer offer for PSG and France attacker Kylian Mbappe this summer.

Mbappe is one of the biggest names in world football at the moment, and the Frenchman definitely has all the qualities to become a Ballon D’Or winner in the near future.

And it seems like Real Madrid have cottoned onto this, as France Football are claiming that, via Sport, Los Blancos are readying a huge €280M offer for the 20-year-old World Cup winner.

Mbappe has been one of the best players in the planet in recent seasons, thus it’s no surprise to hear that a club as big as Real Madrid are ready to pay an insane sum for him.

The forward has been excellent for PSG ever since he signed for the club from Monaco back in the summer of 2017, bagging 57 goals and 32 assists in 85 games for the French giants during his stint in Paris. 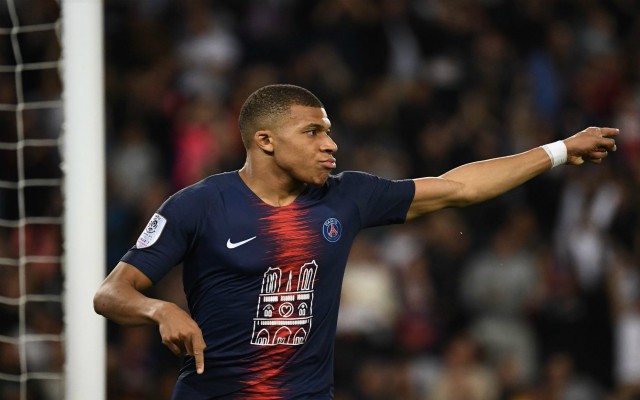 Real could definitely do with some reinforcements in attack, especially given how they’ve faired this season.

The Spanish giants have been lacklustre all over the pitch, however they’ve been particularly bad in attack, with stars like Gareth Bale, Marco Asensio and Mariano Diaz failing to pull their weight following the departure of Cristiano Ronaldo.

Will Real be successful in their pursuit of Mbappe and pull off one of the biggest transfers in all of football history this summer? We’ll just have to wait and see…