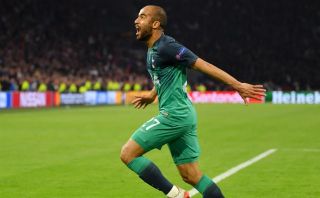 Tottenham have done something no team since Manchester United in 1999 has managed in a Champions League semi-final.

Spurs looked like facing certain elimination as they found themselves 3-0 down on aggregate against Ajax in tonight’s game at the Amsterdam Arena, before Lucas Moura hit a stunning hat-trick.

The Brazilian’s third goal came right at the death to book Spurs’ place in the Champions League final alongside Liverpool, in what promises to be a great match.

2-0 – Tottenham Hotspur are the first team to come two goals behind to win in a Champions League semi-final since Manchester United in 1999 against Juventus. Breathtaking. #AJATOT pic.twitter.com/JsXIq0z4Y5

And having won 3-2 from 2-0 down on the night, it’s the first time in twenty years that a team has won a Champions League semi-final despite going two goals down in the game.

The last time that happened was that famous game between Juventus and Manchester United in Turin – and of course that year it was the Red Devils who went on to lift the trophy. 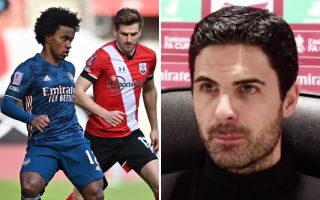 Could this end up being a good omen for Mauricio Pochettino’s side? Unfortunately for them, Liverpool aren’t bad at comebacks themselves, having beaten Barcelona 4-0 last night after losing 3-0 in the first leg of their tie.