The 28-year-old has been a key performer for the Blues since his 2016 move from Leicester City, helping the club win the Premier League and the FA Cup.

Kante won the 2018 World Cup with France and is widely revered as one of Europe’s finest players, but he has found himself occupying an unfamiliar position in the Chelsea line-up this season.

Club boss Maurizio Sarri prefers to play Jorginho in a holding role ahead of the Frenchman, who has had to be content with a spot further up the pitch.

One man who could be willing to offer Kante the chance to return to his favourite position is Zidane, who is eyeing a transfer swoop for the Chelsea star to fill the boots of Casemiro – as per Don Balon.

The Brazilian currently occupies the key holding role in the Madrid starting XI, but Zidane wants a stronger presence in the middle of the pitch as he plots a major squad overhaul. 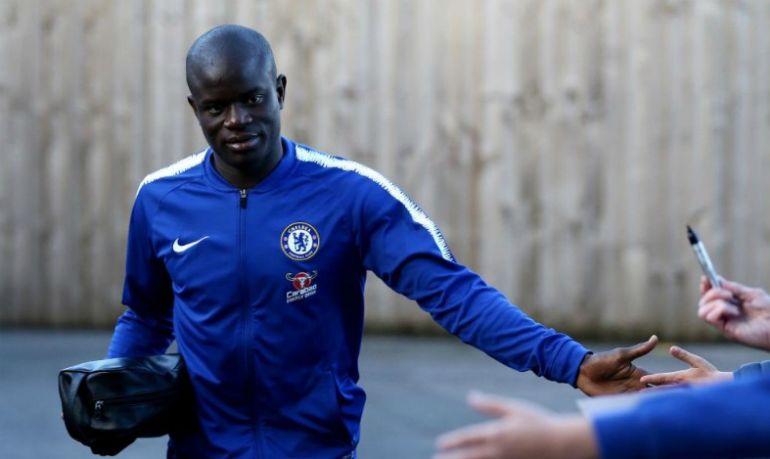 Kante is at the top of his list of targets, while Lyon enforced Tanguy Ndombele has also been mooted as a potential back up option, with Casemiro being touted for a move to Paris Saint Germain, as Don Balon reports.

Transfermarkt states that Chelsea’s prized asset is currently valued at £90 million and the Premier League giants are not looking to offload any players ahead of a potential transfer ban, which will prevent them from signing any replacements.

However, if any club in Europe can pull off such a huge deal it’s Madrid, whose ‘Galactico’ policy has seen many great players arrive at Santiago Bernabeu over the last two decades.

According to the Evening Standard, the Blancos are also still chasing Eden Hazard’s signature and while Chelsea fans will surely be hoping that Kante does not join his colleague in Spain at the end of the season, a double deal could yet be on the cards.

Both men are vital to Sarri’s current squad and it is unthinkable for the Blues to fall victim to a Madrid raid when the market reopens, but this particular transfer saga could rumble on for a while yet.