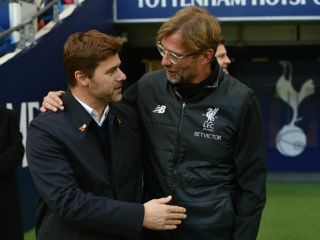 It has been a truly incredible week in the Champions League, with both Liverpool and Tottenham producing memorable and thrilling comebacks.

The Merseyside giants were first to pull off an epic result after defeating Barcelona 4-0 at Anfield on Tuesday night to overturn a three-goal deficit from the first leg.

However, Tottenham were keen to stage a comeback of their own as after falling 3-0 down on aggregate to Ajax, they came storming back in the second half to advance on away goals.

That in turn now sets up an all-English Champions League final at the Wanda Metropolitano in Madrid on June 1, with both sides producing inspirational performances to take a deserved place in the season finale.

As seen in the tweet below, Liverpool sent a message to their domestic rivals after the game in Amsterdam, and it was simply put that they will see them in Madrid for what promises to be a mouth-watering encounter between two top sides.

Both will go into that showdown believing that this is their year given the nature of their results to get to this stage, but only one will emerge victorious.

With the likes of Mohamed Salah and Harry Kane missing from their second-leg outings this week, it will be hoped from a neutral standpoint that both Liverpool and Spurs have a fully fit squad available for the clash, as ultimately it will make the occasion just that little bit more special to see them at full strength.

Nevertheless, both will enjoy their achievements firstly, as they have undoubtedly produced some of the most memorable nights in Champions League history this week, and based on the message below, Liverpool are itching to go toe-to-toe with Tottenham in what should be a thrilling Final.

See you in Madrid, @SpursOfficial… ? pic.twitter.com/PqQnQx9Ous