Arsenal boss Unai Emery is keen on bringing Newcastle forward Ayoze Perez to Emirates Stadium at the end of the season.

The Spaniard has had his most impressive campaign yet at St James’ Park, netting 12 goals in 36 Premier League matches to help the Magpies consolidate a mid-table position.

The 25-year-old striker has been a consistent presence in the Newcastle line-up since his move from Tenerife in 2014 but he seems to have taken his all-around game to a new level in recent months.

So much so, that he is attracting plenty of interest from potential suitors, including Arsenal, with Unai Emery identifying Perez as a surprise transfer target ahead of the summer transfer window – as per The Sun.

Inter Milan and Napoli are also keeping a close eye on the mercurial attacker, with his current market value set at around £25 million – as The Sun states.

Emery is eyeing a few bargain deals when the market reopens, having been promised very little in the way of a transfer budget and Perez is a high-quality affordable option with proven pedigree in the Premier League. 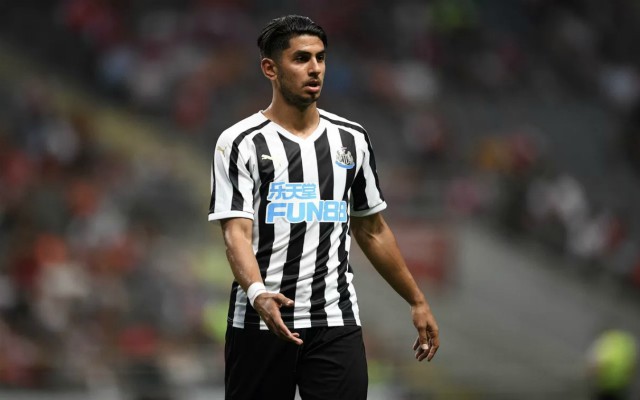 Ayoze Perez in action for Newcastle

The Newcastle star’s overall record for the club reads 32 goals scored in 141 top flight games, which might seem modest on paper, but he has impressed leading the line for a lesser side while earning the trust of club boss Rafael Benitez.

Arsenal are in dire need of extra attacking reinforcements, having relied solely upon Pierre Emerick-Aubameyang and Alexandre Lacazette for much of the 2018-19 season.

Perez could slot into Emery’s squad seamlessly and it would be interesting to see how he copes with a major step forward in his career, particularly as he approaches his prime.

This particular story is one to keep an eye on over the next few weeks, as Europe’s top clubs begin looking for talented new recruits ahead of busy pre-season preparations.