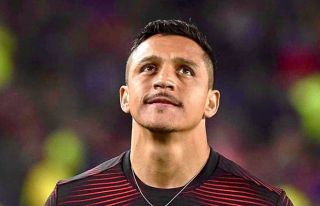 Manchester United flop Alexis Sanchez has sent an apology to the club’s fans on his Instagram page.

The Chile international has been a shocking failure in his time at Old Trafford, having joined from Arsenal midway through last season to much fanfare and hype.

However, Sanchez has badly gone missing for United, with the club losing 2-0 at home to Cardiff City today to cement a 6th place finish in the table.

Sanchez is bound to be one of the players targeted most by angry fans, but he’s taken this opportunity to try to set the record straight to an extent.

With a lengthy caption alongside the image above, the 30-year-old explained that much has been written about him that is not true, and that he has always tried to be professional for the club.

This is unlikely to wash with MUFC fans, but they’ll at least be hoping this is the last they’ve seen of Sanchez in a United shirt anyway.