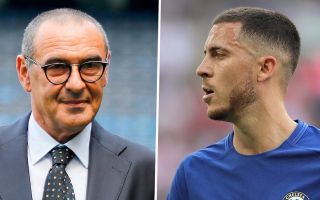 Chelsea manager Maurizio Sarri appears to have strongly hinted that Eden Hazard is heading for a transfer to Real Madrid this summer.

Sky Sports reported last month that Los Blancos are confident of signing Hazard, who will be out of contract at Stamford Bridge at the end of next season.

The Belgium international has long been linked with Real by a number of sources, and the way Sarri spoke about Chelsea’s star player after the final day of the Premier League season today will surely have Blues fans worried.

The Italian tactician seemed to suggest CFC should not stand in the way of Hazard leaving if he wants to, while also appearing to pay tribute to the 28-year-old by recalling his fine career with the club.

While there could of course be a twist to this saga yet, it doesn’t sound like they’re too confident at Chelsea’s end that this can go any other way other than for the player to move to the Bernabeu. 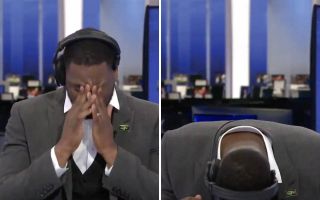 Judge for yourself by taking a look at Sarri’s quotes, reported by Steve Crossman in the tweet below:

Just spoken to Maurizio Sarri, he said ‘Hazard has been a great player for Chelsea, it’s time to accept his decision’.

I asked what that decision is