Liverpool have reportedly rattled Spanish giants Barcelona for the second time this week, the Reds are set to beat Barcelona to the signing of their top target.

According to Mirror Football via Spanish outlet Mundo Deportivo, Barcelona are worried that Liverpool are set to hijack their move for highly-rated Ajax defender Matthijs de Ligt, the Dutchman is understood to be one of Barcelona’s primary targets for the summer.

According to Sunday’s edition of Mundo Deportivo, Barcelona fear that Liverpool will lure De Ligt to Anfield because of the chance that he’ll have to play with his fellow countryman Virgil van Dijk.

Considering that the pair have forged a formidable partnership for Holland recently, this – combined with a Champions League triumph for Liverpool, could see the Reds beat Barcelona to a major signing. 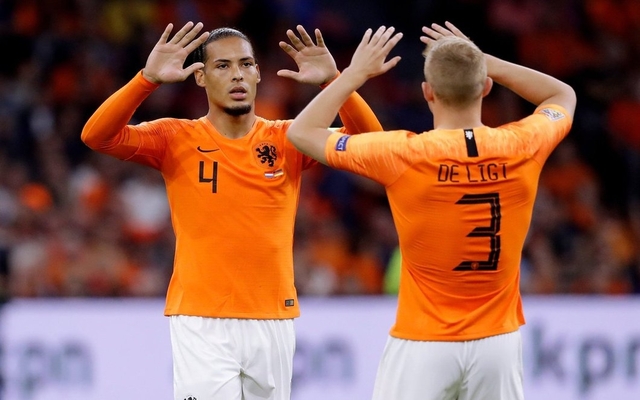 Van Dijk and De Ligt in action for the Netherlands. The pair look like a brilliant centre-back pairing.

De Ligt will not be short of potential suitors this summer, the 19-year-old’s performances for Ajax in the Eredivisie and the Champions League have caught the eye of fans across this world.