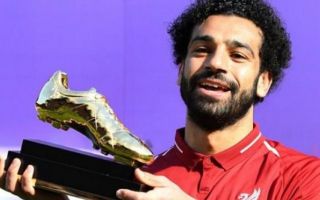 “Yes, I know we have one at home. This is a new one” pic.twitter.com/9q8L7fSOgB

This tweet has already got over 9k retweets at the time of writing, with Salah showing a real human side after what was no doubt an emotional day for all involved with Liverpool.

Salah and co. were agonisingly close to winning the Premier League title this season, but ultimately missed out by one point to Manchester City on the final day.