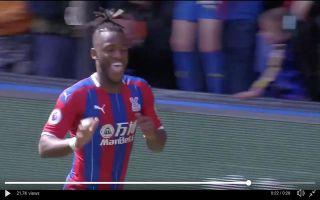 Chelsea striker Michy Batshuayi has scored a quick-fire double for loan club Crystal Palace this afternoon, the Belgian could be a big player for the Blues next season.

In the 24th minute of the match Batshuayi fired Roy Hodgson’s side into the lead by scoring with a lovely acrobatic effort, the Belgian showed just how strong he is by holding off Bournemouth’s Steve Cook.

Just eight minutes after netting the opener, Batshuayi doubled Palace’s lead, the 25-year-old slid the ball into the back of the net after a lovely shot by hot prospect Aaron Wan-Bissaka.

Batshuayi has finished the season on a high and will be hoping to win himself regular first-team opportunities for Chelsea next season.

Check out Batshuayi’s goals below:

As Chelsea still haven’t found a way around their transfer ban the Blues will need to call on the players they have out on loan next season to bolster their squad. 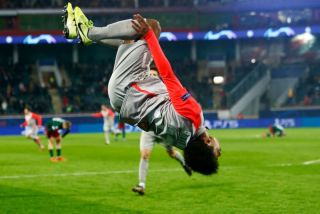