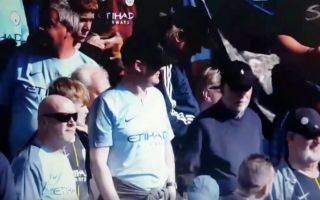 A select few Manchester City supporters produced a surprise reaction to their side winning the Premier League today.

Having beaten Brighton 4-1 away from home today, Pep Guardiola’s side managed to retain their title and win the league ahead of Liverpool, who managed an amazing 97 points.

Despite this, some Man City fans didn’t exactly seem too enthralled with their side’s Premier League success.

As seen above, some City fans just seemed to stand there, almost bored, as their side were crowned Premier League champions.

Unusual reactions, we have to say…