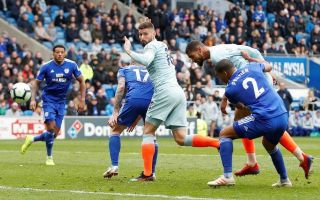 In what could be a fresh transfer blow for Chelsea, it seems Loftus-Cheek is unsure about his future with the Blues following a season in which he only started six Premier League matches.

According to the Sun, the England international is one player CFC are keen to sit down with for contract talks, with his current deal due to expire in 2021.

However, the player himself is reported to be keen to be assured he’ll have more of a key first-team role if he does put pen to paper.

Chelsea can surely find more room for this talented young player next season, with Loftus-Cheek looking to have done enough to show he’s better than the likes of Ross Barkley and Mateo Kovacic.

The 23-year-old could surely start more games for almost any of the other big six clubs, and Chelsea will now have to be careful to convince the player he shouldn’t move on and potentially strengthen one of their rivals.

And with the west Londoners potentially facing a transfer ban this summer, they would be unable to bring in a replacement for Loftus-Cheek were he to push for an exit.