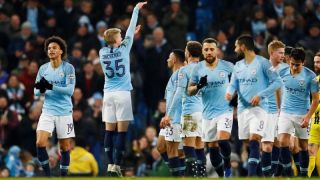 Man City secured a win over Brighton on Sunday which sealed back-to-back Premier League titles as they successfully fended off Liverpool’s challenge.

Pep Guardiola’s side ended the campaign with 14 consecutive victories in what was a thrilling title battle this year, and it appears as though the Spanish tactician has a lucky charm in his squad.

As reported by The Sun, Oleksandr Zinchenko has quite the record for the Citizens, as the club have won all 22 league games that the 22-year-old has featured in.

That’s quite remarkable when looking at some of the opposition that Man City have faced in those games, picking up wins over the likes of Arsenal, Chelsea, Tottenham and Manchester United.

Time will tell if Guardiola tries to see if it translates over to the FA Cup, as they will go for a domestic treble this weekend when they face Watford at Wembley.

Nevertheless, given all the star quality and fierce competition for places at the Etihad, it’s impressive in itself that Zinchenko has emerged as a key piece of the squad at Man City, but even more so that he has been involved in wins every time he features in the league.

Naturally, that’s not all down to him, but evidently he has a positive impact on games when he’s involved, and he’ll hope that leads to important results in the future too as time will tell if Guardiola opts to bring in reinforcements this summer to add more competition in his squad.

For now though, their 4-1 win ensured that they stay top of the pile in the Premier League, as they were certainly pushed all the way by Liverpool who finished just a point adrift of the champions. 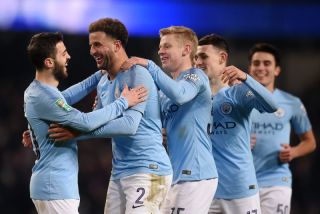