Manchester United have reportedly beaten Liverpool and Everton to the transfer of Norwegian wonderkid Isak Hansen-Aaroen.

Norwegian source iTromso report that the teenager is set for a move to Old Trafford, with translation and additional information from the Daily Mirror explaining that he’ll link up with the club next August when he turns 16 due to FIFA regulations.

The Mirror report that the Red Devils will pay £90k for the signing of Hansen-Aaroen, who clearly must be an impressive prospect.

It’s claimed in the piece that he’s already spent time with United on trial, and that Liverpool and Everton had also been tracking him.

It may be a long time before Hansen-Aaroen is realistically anywhere near the MUFC first-team, but current manager Ole Gunnar Solskjaer, also from Norway, has shown a willingness to use his academy.

The likes of Mason Greenwood, James Garner and Tahith Chong have seen more involvement since Solskjaer took over as manager, so Hansen-Aaroen may well get his chance in a couple of years too.

Liverpool also have a fine recent record of promoting from within, so it’s little surprise they were also in the running to land this in-demand young talent.

Both sets of fans, however, will hope for bigger names coming in as the summer goes on. 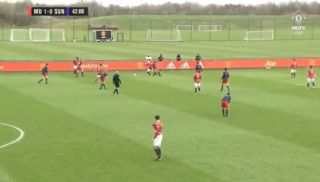 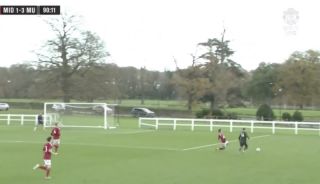