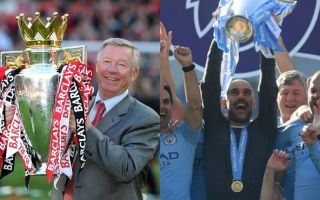 Manchester United legend Gary Neville has admitted something that will have been painful to him given his connection with the Red Devils – Manchester City boss Pep Guardiola is the greatest manager of all time.

Watch below as the Sky Sports pundit discusses how well City have done this season, with Guardiola’s side edging out Liverpool in an extremely tight race, retaining their crown on a hugely impressive final tally of 98 points.

Is Pep the greatest manager ever?

Neville feels City faced more competition this season than last year but praised the mentality of Guardiola, also acknowledging his success from his spells at Barcelona and Bayern Munich.

‘The coach Pep Guardiola, you could argue he’s the greatest coach we’ve ever seen with what he’s done in Spain, and what he’s now done in Germany and England,’ Neville said.

Given Neville referenced his old manager Sir Alex Ferguson earlier in the clip, it seems he really might be suggesting Guardiola is now superior to his old boss, despite him consistently winning the biggest honours going for over two decades in the job at Old Trafford.