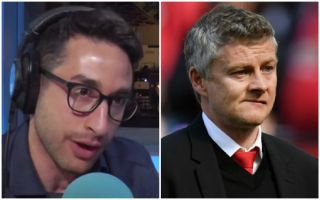 Man Utd face a crucial summer having endured a miserable campaign this past year, but it doesn’t sound particularly promising on the transfer front.

The Red Devils not only crashed out of the Champions League and cup competitions in disappointing fashion, but they missed out on a top-four finish in the Premier League and will be absent from Europe’s top table next year.

In turn, Ole Gunnar Solskjaer has plenty of work to do this summer to put things right and get them moving in the right direction again, but based on respected BBC journalist David Ornstein’s assessment of their transfer targets, it doesn’t sound as though it will be straight-forward.

Speaking to BBC Sport 5 Live, he suggested that Napoli defender Kalidou Koulibaly is very much of interest, but his price-tag could put them off putting a bid in.

Meanwhile, Crystal Palace full-back Aaron Wan-Bissaka is named as another target but with interest from Manchester City too, it could be difficult for Man Utd to convince him to move to Old Trafford if Crystal Palace even entertain offers this summer.

Finally, Ornstein also suggested that the chances of Jadon Sancho moving to United have deteriorated, as having previously been extremely likely, his sources have now indicated that it could be 50/50 as to whether or not that happens with Borussia Dortmund said to be demanding £100m+ for their talented youngster.

In turn, it sounds as though it could be a struggle for Man Utd this summer in their bid to land their top transfer targets, but they’ll hope that things change in the coming weeks and developments allow them to bolster Solskjaer’s squad with key additions.

Bizarrely, there is no mention of a midfielder coming in despite the fact that Ander Herrera announced he would be leaving when his contract expires this summer, while transfer speculation remains rife over Paul Pogba, as per talkSPORT.

Given his reputation for providing accurate insight, Ornstein’s claims will surely be a concern for Man Utd fans…