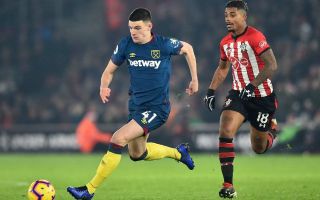 West Ham star Declan Rice is reportedly not looking to leave the club in this summer’s transfer window despite links with Manchester United.

The England international, valued by some reports at as much as £50million, looks one of the most exciting young players in Europe at the moment and a player who surely has a big future in the game.

MORE: Manchester United could be presented with opportunity to replace Lukaku with two-time Golden Boot winner

It remains to be seen if West Ham can realistically keep Rice for much longer, but for now it seems the 20-year-old is in no hurry to walk out on the east Londoners.

This could be a wise move for Rice, who should probably ensure he keeps playing regularly to continue his development.

On top of that, a move to Man Utd right now doesn’t exactly look too tempting, with Rice perhaps better off waiting another season before getting even better offers.

“I had good offers” – Ex-Man United star emotional after departing, confirms he had offers to stay in England

As reported by Football Fan Cast, Hammers supporters are thrilled with the news and have been posting praise of the player on Twitter.

Bloody love this guy! Stay with us Dec.. you’re already a fan favourite and not too far from being a captain ??? 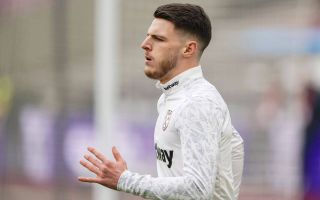