Arsenal striker Alexandre Lacazette has his own profile page on Barcelona’s official website, it has emerged.

In what must be a mistake, the France international’s profile has been discovered in a hidden section of the site, away from the rest of the current crop of players.

However, we have screen grabs of what is clearly a Lacazette profile below, following a recent report from Mundo Deportivo that the former Lyon ace was a transfer target for Barca. 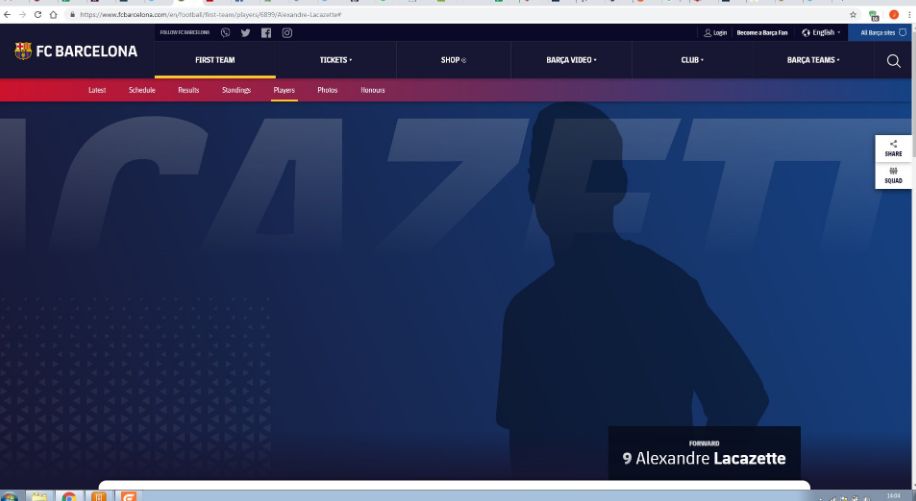 Lacazette would be a decent signing for the Catalan giants given their need to bring in a long-term replacement for Luis Suarez, but they seem to be getting well ahead of themselves here!

?Lacazette on Barcelona’s website as a first team player…https://t.co/4nVZzW59DT

The following can be found on the Barcelona website using the following link – https://t.co/0vvS1dcx5n

UPDATE: Apparently, there may be an explanation for this…

According to football.london, Lacazette is one of several players listed on Barcelona’s website, including Sam Clucas and Matt Jarvis.

Supposedly, this is because Barcelona has some kind of database of players who’ve featured against them.

However, we’ve done searches for some recent players to come up against the club, such as Liverpool’s Mohamed Salah, and at the time of writing there is no such page for him.