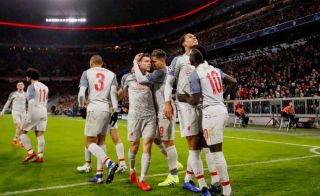 Liverpool are reportedly ready to pay Tottenham’s asking price to clinch the transfer of defender Davinson Sanchez this summer.

The Colombia international has looked impressive in much of his career so far, though his Spurs future has come into some doubt recently after slightly less playing time in his second season with the club.

MORE: Liverpool starlet sends heartfelt goodbye to the club as he announces transfer away on Twitter

According to Don Balon, Liverpool are the latest club to show a strong interest in Sanchez, which makes sense given that they could do with more depth at the back.

Joe Gomez started the season as first choice partner for the excellent Virgil van Dijk, and while he impressed in the side, he has a poor record with injuries.

Joel Matip performed above expectations when coming in as cover, but Dejan Lovren is not the most reliable option, so further signings could be required.

Sanchez looks a good fit to improve this LFC side next season, though another Don Balon report also recently linked the 22-year-old with Chelsea.

The Blues, however, may face a transfer ban this summer, so may be unable to get in that defensive cover needed as they surely need to improve on unconvincing performers like Andreas Christensen, while Gary Cahill is out of contract and David Luiz looks past his peak despite remaining a key part of the team.