The 18-year-old is considered one of the club’s most exciting talents, making his senior debut as a 16-year-old and he has been tipped for a bright future at the highest level.

The English wonderkid has appeared in two Premier League games for United this season, but according to A Bola via The Sun, there are now fears he could leave Old Trafford this summer.

Gomes is aiming to force through a transfer to PSG due to a disagreement with club boss Solskjaer, who has questioned the teenager’s ability to handle the physical demands of England’s top flight.

The Norwegian does not feel he is ready for a regular place in United’s starting line up, which has led to Gomes seeking “a bigger challenge” in France.

The young attacking midfielder reportedly used Manchester City’s Bernardo Silva and Barcelona’s Lionel Messi as examples of players who are perceived as weak but are still able to have a huge impact on the pitch – while completely rejecting Solskjaer’s assessment. 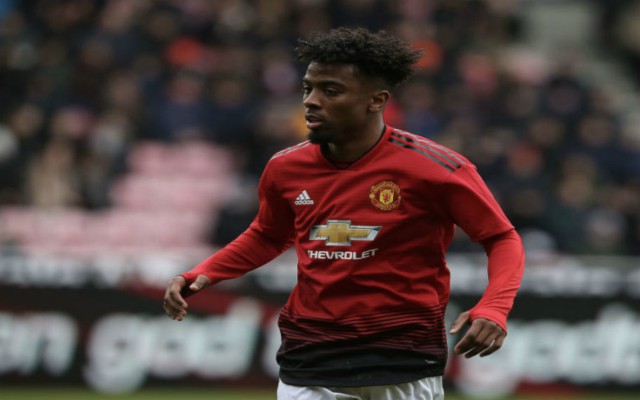 Losing Gomes would be a huge blow for the Red Devils after a disastrous 2018-19 season, with the club’s next generation of stars likely to play a more prominent role next term.

The England U-19 international is on the fringes of the first team, along with Mason Greenwood, James Garner and Tahith Chong, but he feels he is already deserving of a regular role in Solskjaer’s squad.

The Red Devils finished sixth and outside the Champions League spots this season, without a trophy to show for their efforts for a second successive year.

Blooding the youngsters as opposed to signing a wide-range of star players for huge transfer fees would be a bold move for Solskjaer, but perhaps a smart one, given the club’s recent track record in the market.

United must surely do everything they can to retain Gomes long-term, with the uncertainty hanging over Old Trafford this summer already threating to increase problems on and off the pitch.