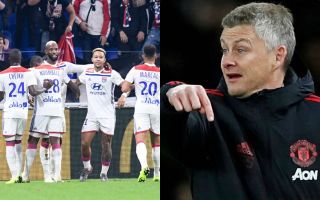 The 22-year-old has scored 20 goals in all competitions this season and looks a good prospect, having also previously shone in spells at Celtic and Fulham.

Dembele scored 15 goals in 54 Championship games for Fulham as a youngster, before then netting an impressive 51 in 94 games in all competitions during his time in Scotland.

It remains to be seen if he could now make that step up to the Premier League, but the Sun report he’s a £40m transfer target for Man Utd this summer as they consider replacing Romelu Lukaku.

While Lukaku made a bright start at Old Trafford last season, he has just not looked the same player that we saw at Everton and it’s understandable that he could now be on his way out.

Inter Milan have been linked with the Belgium international by Calciomercato, translating a report from the print edition of Tuttosport, and Dembele could well be an upgrade.

And even if the Frenchman doesn’t shine straight away, the Sun claim Solskjaer is simply keen to bring in a young squad he can work with for next season, which seems a sensible long-term strategy for the club after some poor recent moves in the transfer market.