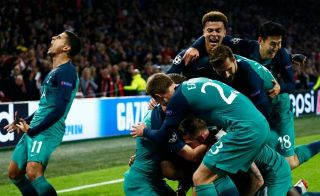 Tottenham are reportedly ready to let Fernando Llorente go in this summer’s transfer window in a somewhat surprising move.

The 34-year-old striker has made a fine contribution to the club’s season, albeit in a backup role to the injured Harry Kane.

However, according to Football Insider, Llorente is not in Tottenham’s plans going forward and they will supposedly tell the Spaniard to find a new team when his contract expires this summer.

It remains to be seen how this would go down with Spurs fans, who will be well aware that Llorente is one of few players who strikes that balance between being good enough to make an impact when he is involved, with also not being someone who’ll demand to start week in, week out.

Every club needs players happy to sit on the bench and produce when their moment comes, and Llorente could prove a big loss in that respect.

Still, many Spurs fans will probably also feel they could afford to splash out a bit and bring in someone younger who could provide more genuine competition for Kane up front.