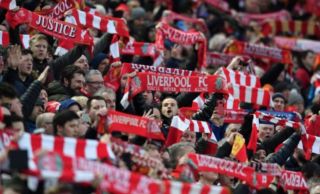 Liverpool fans have flocked to Twitter to call for Lyon and Holland star Memphis Depay to seal a move to Anfield, something that comes just after Reds scouts reportedly watched the player in action against Marseille recently.

According to Mercato365, Reds scouts were at Lyon’s clash against Marseille to take notes on a number of players, one of which was Depay.

And it seems like fans of the club have cottoned onto this fact, as they’ve taken to Twitter to plead for the Dutch international to seal a move to Anfield this summer.

Depay didn’t exactly have the best of stints when he was last in the Premier League with Manchester United, however the forward has revitalised his career following a move to French giants Lyon.

Since signing for the Ligue 1 outfit, Depay’s managed to clock up a total of 37 goals and 40 assists in 114 games for the club, a record that looks to have caught the eye of Jurgen Klopp’s Liverpool.

Whether the club are firmly interested in signing Depay remains to be seen, however we’re sure if fans of the club had it their way, Depay would be sealing a move to Anfield in a heartbeat.

Come to Liverpool Memphis, we love you woo woo

We Hope you can join Wijnaldum to play at Liverpool https://t.co/CXZB9oWWF6 together with him will great.

Look what Klopp did with Salah and now what Klopp could do with you ?