Real Madrid are prepared to submit an audacious offer for Liverpool attacker Mohamed Salah this summer, as Zinedine Zidane looks to bolster his squad.

The Blancos are gearing up for a summer of wholesale changes, after a disastrous 2018-19 campaign which effectively marked the end of an era.

Santiago Bernabeu saw three different managers come in over the course of the season, with Zidane’s return to the fold sanctioned after the failures of Julen Lopetegui and Santiago Solari.

The Frenchman has big plans in the transfer market and has already sealed the signing of highly-rated Eintracht Frankfurt forward Luka Jovic, who completed a £52.4 million switch on Thursday – as per Sky Sports.

According to the Daily Mail, Chelsea’s Eden Hazard is expected to follow suit and Madrid are plotting a bold transfer bid for Liverpool’s Salah to complete a new all-star triumvirate up front.

Canal + reports that Zidane is very keen on the Egyptian forward, who has just won the Premier League’s Golden Boot award for the second season in succession.

The Madrid boss feels Salah could add a new dimension to his starting XI with his pace and guile in the final third of the pitch, but it is highly unlikely he will leave Liverpool at the end of the current season.

The 26-year-old is a prized asset at Anfield and has played a key role for Jurgen Klopp’s side during another run to the Champions League final and a thrilling title race in the English top flight. 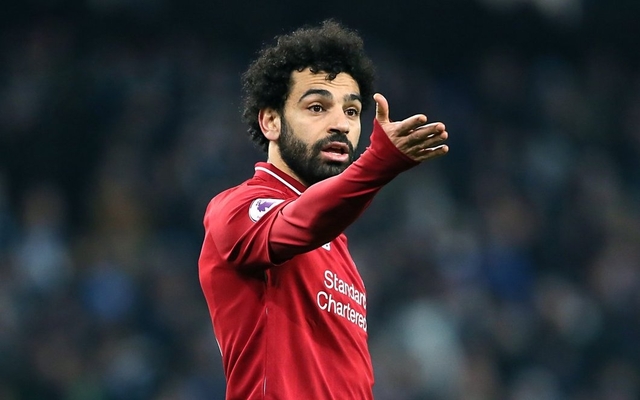 Salah in action for Liverpool

Salah will be expected to line up against Tottenham as the continental competition reaches its conclusion on June 1 and win or lose, Liverpool are likely to retain his services for the foreseeable future.

The prospect of a three-pronged attack consisting of Salah, Hazard and Jovic at the Bernabeu next year is a tantalising one, but Madrid may struggle to land the Reds talisman, who is currently valued at around £135 million – as per Transfermarkt.

Should Zidane fail with any proposed bid for the Egypt international, alternative targets will be considered, with Gareth Bale set to leave the club after being deemed surplus to requirements.