Barcelona are set to be handed a big boost in their pursuit of Alexandre Lacazette, as it’s been reported that the player could leave Arsenal should they lose in the Europa League final to Chelsea this month.

As per the Sun, Barcelona, as well as Atletico Madrid, are both in the hunt for the French international, and should Chelsea beat the Gunners in the Europa League final on the 29th, it’s set to hand the two Spanish sides a big boost.

As reported by the Mirror, via the Sun, Arsenal could see Lacazette decide to leave the club should they suffer defeat to Chelsea later this month, news that will be music to Barcelona’s ears.

Lacazette has been brilliant for Arsenal ever since his move from French side Lyon in the summer of 2017, with the 27-year-old bagging a total of 36 goals and 18 assists during his two years at the Emirates.

Barcelona could definitely do with adding another striker to their squad, especially given the fact that Luis Suarez is fast approaching the twilight years of his career and has declined a fair bit in recent seasons. 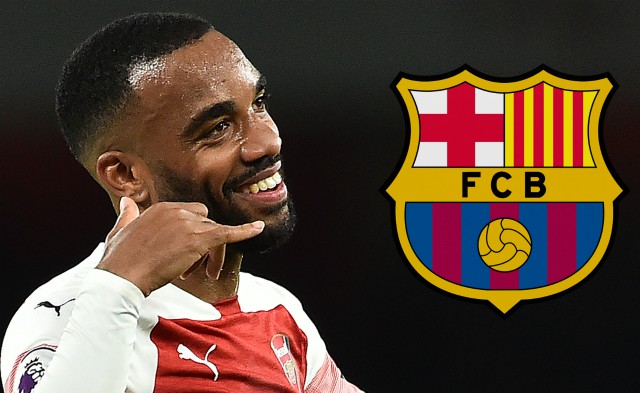 Lacazette has shown during his time with both Lyon and Arsenal that he has what it takes to compete against some of the best teams that European football has to offer, thus he shouldn’t find it difficult to perform in La Liga should he end up sealing a move to Spain this summer.

Following this news, we can bet Arsenal fans will be even more desperate to see their side win the Europa League now!