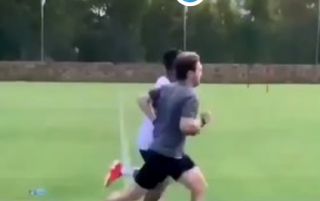 Liverpool striker Roberto Firmino has been spotted jogging in training as he looks to be progressing well ahead of the Champions League final against Tottenham.

The Brazil international has been missing for the Reds recently, with Divock Origi filling in well for him during his absence.

Good to see Roberto Firmino back doing some training. ? pic.twitter.com/KmbIIMdT0e

Still, LFC would surely love to have Firmino back in action for such a big game, and this clip above suggests it could be good news on Firmino.

Liverpool lost last season’s Champions League final against Real Madrid but will now want to make up for it and win a game in which they’ll feel they are the slight favourites.