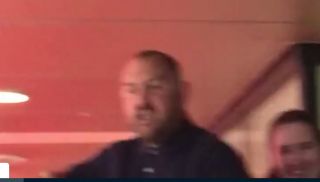 One Manchester City fan apparently felt he couldn’t enjoy today’s 6-0 win over Watford in the FA Cup final without complaining about Liverpool.

The Reds ran City very, very close in this season’s Premier League title race, but ultimately it was City who secured the domestic treble with their win at Wembley today.

Still, this City fan clearly feels the press has been focusing on Liverpool, or more specifically Mohamed Salah, too much considering the success of Pep Guardiola’s side.

We wonder what this guy’s like when City lose.

Still, what a season Salah has had for Liverpool.