Real Madrid are reportedly planning to spend a sensational €300m on transfers this summer, Los Blancos will be looking to be the most dominant force in Europe next season.

According to Spanish newspaper Marca, Real Madrid are hoping to net €200m from player sales this summer and it’s understood that the Spanish giants will invest a total of €300m into new signings this summer.

In order to comply with Financial Fair Play Rules (FFP), clubs are only able to spend €100m more than they earned in the previous campaign. Madrid have a major rebuild on their hands this summer, according to Marca’s report, this involves selling the likes of Gareth Bale, Dani Ceballos, Keylor Navas and Marcos Llorente. 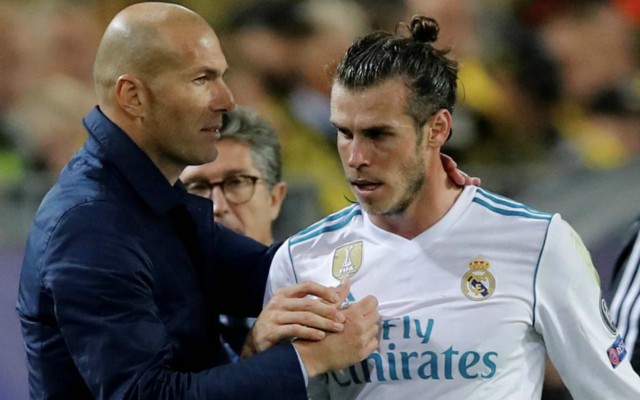 Zidane isn’t believed to be a big fan of former Tottenham star Gareth Bale, the Welshman could be one player that is sold in order to boost Madrid’s transfer warchest.

Madrid have already agreed the transfers for two talented young players this summer, defender Eder Militao will join from Porto for a fee reported to be €50m, according to The Guardian.

Madrid also signed exciting young Brazilian attacker Rodrygo last summer and the 18-year-old will join up with his new teammates at the Bernabeu this summer. According to The Guardian, Rodrygo’s signing cost Los Blancos €45m.

Zidane already has €95m worth of talent coming into his squad this summer and this just seems to be the start of the Frenchman’s rebuild.

One player that Madrid look increasingly likely to sell this summer is Mateo Kovacic.

Given that Chelsea are facing a two-window transfer ban and that Ruben Loftus-Cheek has been sidelined with a serious achilles injury, the Telegraph report that the Blues will step up their plans to sign the Croatian on a permanent deal following his loan spell at Stamford Bridge.

The Metro have reported that Madrid have set a price-tag of £40m for the midfielder, this move alone could raise a quarter of the amount that Los Blancos are hoping to from player sales this summer.

Madrid play their final La Liga game of the season tomorrow and Zidane’s side are guaranteed to finish third in the league, regardless of whether they win, lose or draw.

Madrid could find it difficult to raise their targeted €200m from player sales, however is the Santiago Bernabeu somehow manage to achieve this – Europe’s elite will have to lock away their best players before Los Blancos come calling for their services.