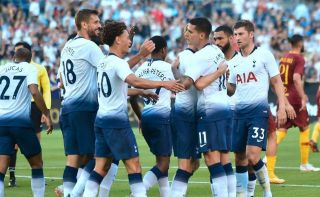 Manchester United look to have been given some good news in their pursuit of the transfer of Tottenham defender Toby Alderweireld.

The Belgium international has been a rock-solid performer for Spurs in recent seasons, showing himself to be one of the finest centre-backs in world football.

Man Utd could undoubtedly do with a player like that to come in as an upgrade on the likes of Chris Smalling and Phil Jones, having also been linked with other big-name defenders in recent months.

The Sun have previously stated Alderweireld was one of Ole Gunnar Solskjaer’s top targets for the summer ahead, referencing the £25million release clause in his contract that comes into effect in this transfer window.

The Daily Star have run a piece on Tottenham’s transfer window also referencing the Alderweireld situation, stating that the £25m clause in his contract means an exit from the north London club is ‘inevitable’ this summer.

They don’t specifically mention United, but one imagines this is still good news for the Red Devils ahead of a possible move in the months ahead.

Still, it’s not often such a quality player is available for so little, so one imagines other big clubs might well join the running as well in the near future.