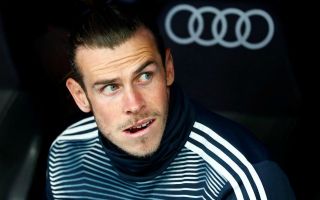 Real Madrid winger Gareth Bale reportedly made a staggering admission about his future to his team-mates in the dressing room after the club’s final game of the season.

Los Blancos lost 2-0 at home to Real Betis as the La Liga season drew to a close, with Bale failing to even make it off the bench for what could have been a farewell appearance at the Bernabeu.

It’s been a difficult season for the Wales international, with his form taking a real dip after also increasingly falling out of favour last term as well.

The Mirror report that Manchester United are one of the clubs on alert over Bale’s situation, which makes sense as he could still be a considerable upgrade on Alexis Sanchez.

Still, the Red Devils may want to think twice about signing a player with seemingly quite a poor attitude towards his situation in Madrid.

As quoted in the tweet above by Radio Estadio, Bale was alleged to have said to his team-mates: “I’ve got three years left on my contract. If they want me to go, they’ll need to pay me €17m per season. If not, I’ll stay here. And if I have to play golf, I will.”

The 29-year-old is clearly not going to be sent packing without a fight, and it remains to be seen if Man Utd can realistically afford a player with those kinds of wages as well.

Sanchez has proven an expensive flop in terms of his wage packet, and Bale is at a similar age and seemingly also entering into decline, even if his situation has been a bit different.

The former Tottenham man showed what he’s still capable of with his Champions League final heroics last season, and he may well improve upon returning to English football, where he showed probably the best form of his career during his Spurs days.