Gent’s club doctor Luc Vanden Bossche was reportedly angry with the decisions made regarding an injury to Alexander Sorloth during their side’s clash against Anderlecht last weekend.

Sorloth, who signed for Crystal Palace from Danish side FC Midtjylland in January 2018, has spent the last six months on loan at Gent after failing to impress during his time with the Eagles.

The 23-year-old was largely seen as a flop during his first six months with Roy Hodgson’s side, with his performances potentially playing a part in the club’s decision to send him on loan this season.

This season, Sorloth has been average for Gent, with the forward scoring five and assisting three in all competitions for the Belgian outfit.

Gent played their last league game of the season last weekend as they took on Anderlecht, with Sorloth picking up an injury during the clash as per Sport Witness.

The injury wasn’t as bad as first thought, however that didn’t stop club doctor Vanden Bossche from being enraged at the way the injury was treated.

As per Sport Witness’ report, Gent wanted Sorloth to be taken off on a stretcher, however he was actually carried off due to their not being one available.

This has, in turn, led to the club’s doctor commenting on the situation, as he’s stated that “I asked for a stretcher, but I couldn’t get one. Alexander could barely walk. This was medically irresponsible.”

It seems somewhat strange for the club to carry the player off and not use a stretcher, especially considering the fact that the injury could very well have been very serious.

We wish Sorloth all the best in his attempts to recover from this injury, and for the future, we hope Gent buy some more stretchers so this incident doesn’t happen again! 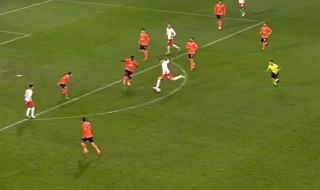 Video: Much maligned Leipzig striker Sorloth heaps the pressure on Man United with a last gasp winner against Basaksehir