Arsenal have confirmed that Henrikh Mkhitaryan will play no part in a Europa League final clash with Chelsea on May 29 due to safety concerns.

The Armenian star’s participation in the showpiece event has been in doubt ever since the Gunners earned their spot with a win over Valencia in the last four.

An ongoing dispute between his country and Azerbaijan (who are hosting this year’s final) over the Nagorno-Karabakh region has ensured that Mkhitaryan will not travel to Baku next week – according to the Daily Mirror.

UEFA have not been able to give sufficient assurances regarding the 30-year-old’s safety and he will not be risked by Arsenal while a political dispute involving Armenia rages on – as per The Mirror.

Arsenal have released a statement on their official website confirming the news on Tuesday morning, which reads: “We have thoroughly explored all the options for Micki to be part of the squad but after discussing this with Micki and his family we have collectively agreed he will not be in our travelling party.

“We have written to Uefa expressing our deep concerns about this situation. Micki has been a key player in our run to the final so this is a big loss for us from a team perspective.

“We’re also very sad that a player will miss out on a major European final in circumstances such as this, as it is something that comes along very rarely in a footballer’s career.

“Micki will continue to be part of our preparations until we depart for Baku at the weekend.” 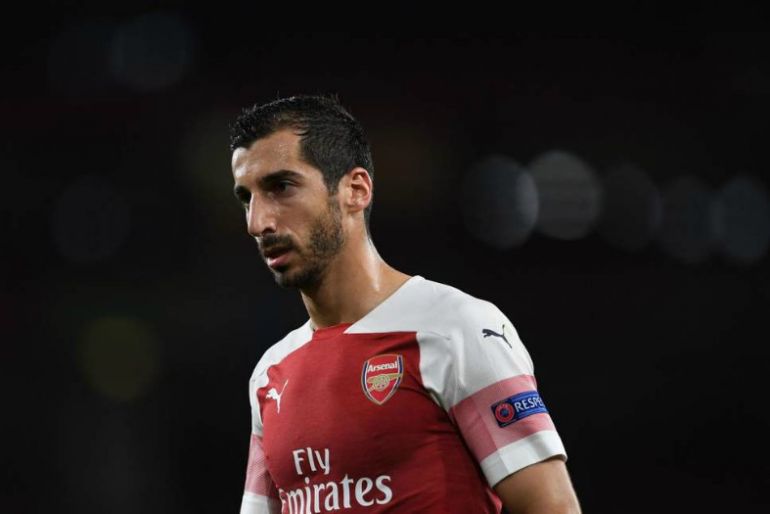 Unai Emery will now have to make do without a key star against the Blues, in a make or break fixture which his side can ill-afford to lose.

The Gunners finished fifth in the Premier League this season and outside the Champions League spots, which makes winning the Europa League their only remaining avenue into next year’s elite competition.

Mkhitaryan has featured in 11 Europa League fixtures for Arsenal this season, with more minutes under his belt in the tournament than any other member of Emery’s squad.

The mercurial playmaker has been a crucial part of the starting XI throughout the season in general and without him, the Gunners may lack a creative edge across the middle of the park.

Emery does, however, have a number of alternative options and supporters will hope that Arsenal can still get the job done against the Blues even without Mkhitaryan pulling the strings in midfield.