Chelsea are ready to grant Eden Hazard his dream move to Real Madrid, in order to avoid any financial fair play issues next year.

According to the Daily Mail, the Belgian winger intends to complete a switch to Santiago Bernabeu after the Europa League final on May 29, which will see the Blues take on Arsenal in Baku.

Win or lose, the 28-year-old wants to move onto his next challenge and The Mail reports Chelsea will sanction his proposed transfer to Madrid in order to ease their financial worries.

If the club were able to hold onto Hazard for another year, he would be free to leave the club for nothing at the end of next season when his existing contract expires.

That scenario could see Chelsea struggle to comply with FFP regulations and thusly, the club are now aiming to offload the mercurial superstar for £87 million this summer. 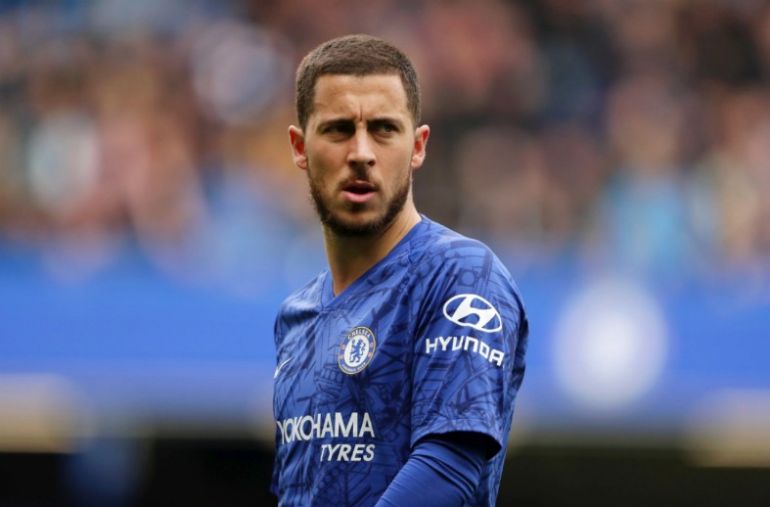 Hazard has been phenomenal for the Blues this season

An impending transfer ban for the Blues could see them unable to sign any new players for two windows, having purchased Christian Pulisic for £57m, Jorginho for £56m and Kepa Arrizabalaga for £74m over the last year – as per The Mail.

Funds raised by Hazard’s sale to Madrid could, therefore, prove crucial in balancing the books at Stamford Bridge and the Blues are now prepared to allow a prized asset to walk out the exit door.

The Belgium international has been Chelsea’s best player for a number of years and he has developed into one of Europe’s finest attacking midfielders, with his superb dribbling ability, vision and eye for goal.

The Premier League will be worse off without a player of Hazard’s calibre, but it will be interesting to see how he fares at the Bernabeu, with all the pressure that comes with playing for the world’s biggest club.

Chelsea must prepare to usher in a new era and supporters will hope the club’s transfer ban is lifted in time for Hazard’s replacement to be signed, along with perhaps one or two extra additions to bolster Maurizio Sarri’s squad ahead of next season.