Chelsea’s new signing Christian Pulisic notably snubbed Eden Hazard when asked about who he was looking forward to playing with at Stamford Bridge.

Given that Pulisic is an attacking player in the Hazard mould who would no doubt be linking up with the Belgian in Chelsea’s attack next season, it seems surprising he did not mention him straight away.

On top of that of course, Hazard is the star of this CFC team, but he’s only got a year to run on his contract and L’Equipe are among the sources strongly linking him with an imminent move to Real Madrid.

Pulisic instead singled out N’Golo Kante, but the Telegraph have quoted the USA international as explaining himself when quizzed about why he didn’t mention Hazard and whether it was to do with the transfer rumours surrounding the player.

Pulisic denied that was anything to do with it and then insisted he would be excited about playing alongside Hazard too.

“Eden’s a fantastic player, we all know that,” the 20-year-old said.

“If I can get anywhere close to him, I’ll be more than happy. He’s such a great player. But I’m coming in to be my own player and do the best I can. 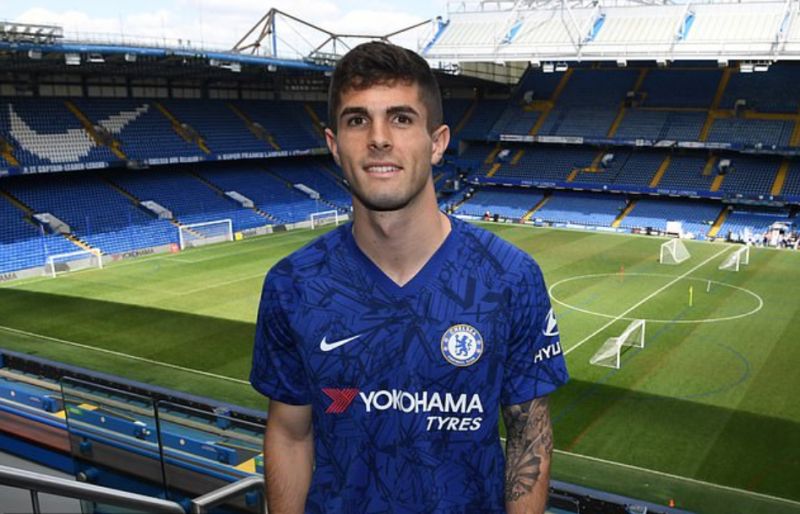 “That wasn’t the reason I said it (about Kante). I really do want to play alongside Kante, that’s why I said it. I’ve watched him and he’s a great player.

“Obviously I’d be really excited to play with Hazard, too. He’s a fantastic player.”