Paris Saint Germain defender Thomas Meunier has acknowledged rumours of a possible switch to Man United and admitted he could secure a summer transfer.

The Belgian has one year remaining on his contract at Parc des Princes, which means the Ligue 1 giants risk losing him for nothing if they decide not to cash during the current transfer window.

According to the Manchester Evening News, the Red Devils have identified the Meunier as a summer target, with Antonio Valencia’s imminent departure set to leave a gap in the squad at right back.

The 27-year-old only managed 21 appearances during PSG’s successful defence of the French title and although he would like to honour his existing deal with the club, he has accepted he might have to move onto pastures new sooner than expected.

According to ESPN, Meunier addressed links to United in an interview with RTBF, stating: “PSG the club and its management know that I would like to see my contract [until 2020] out, or even extend it. If this gets done, so much the better. If not, we will see what can be done and go elsewhere.

“Rumour-wise, I am linked with everybody. Nothing but beautiful names of clubs are being linked with me.

“Manchester United, Juventus, Borussia Dortmund, those are all exceptional clubs.

“I am also lucky to be able to develop with a club like PSG as, even with limited playing time, it offers certain visibility.

“We know that PSG rarely invests in players who are not worth it, in quotation marks.

“So, I hope to find a nice place to land if PSG decide that they do not want to prolong our adventure.” 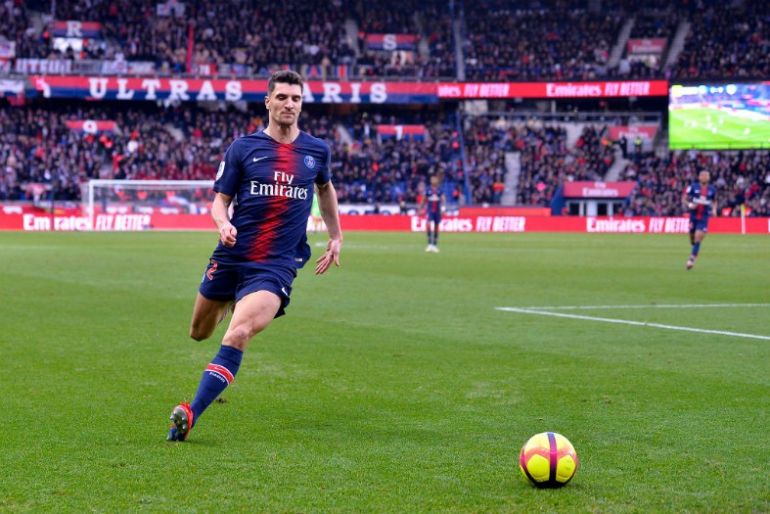 The Belgium international may have sparked fresh life into this particular transfer story with his latest comments, especially as Ole Gunnar Solskjaer plans a major overhaul of his squad at Old Trafford.

United conceded a whopping 54 goals in the Premier League as they slumped to a sixth-place finish this season and they were often vulnerable down the right-hand side.

Ashley Young struggled to perform consistently while 2018 signing Diogo Dalot ended up playing in a more advanced role, with Valencia discarded to the sidelines.

Meunier would certainly be considered an upgrade on those three players at the back and he could be brought in for a reasonable price too, with his market value currently set at around £32 million – as per Transfermarkt.

Bolstering the defence is a must for Solskjaer over the next couple of months and the PSG star should be near the top of his list, especially after his surprising admission this week.