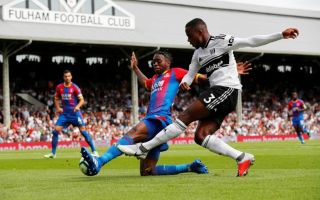 According to the Daily Mirror, the Red Devils are set to snap up James in a £15million deal, and £50m-rated Wan-Bissaka is another big priority for Ole Gunnar Solskjaer.

The England Under-21 international has impressed in recent times for Palace, showing himself to be one of the top young players in the Premier League this season.

The Mirror claim Solskjaer has now identified him as his preferred first-choice right-back for next season, and there seems little doubt he could end up being a fine long-term purchase.

Wan-Bissaka would play an important role as long-serving fan-favourite Antonio Valencia leaves at the end of his contract, with youngster Diogo Dalot perhaps not yet ready to be first choice on a regular basis.

£50m could be a lot to pay for a player who remains relatively unproven and inexperienced at the highest level, but in the long run MUFC will probably feel it’s going to end up being good value for money.