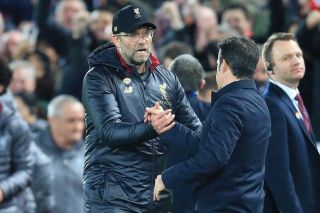 According to Goal, Simon Mignolet could be on his way out of Anfield after losing his place this season, and Hammers shot-stopper Adrian could come in to fill that role on the bench.

The Spaniard had been a key player for West Ham for a number of years before losing his place to Lukasz Fabianski, who doesn’t look like losing his place as number one in Manuel Pellegrini’s side any time soon.

Adrian could therefore make a reliable option for LFC, with Goal reporting that his name has been mentioned by figures at the club.

This would be something of a surprise move, but it could also prove a sensible one as the 32-year-old has Premier League experience but would likely be content to come in only as a squad player.

Mignolet has also looked out of his depth at Liverpool for some time now, so the club would do well to have a proper challenger to keep Alisson on his toes.