Barcelona midfielder Ivan Rakitic insists he has no plans to leave the club this summer amid ongoing speculation over a move to Manchester United.

The Croatian completed a switch to the Camp Nou from Sevilla back in 2014 and has since managed to win 13 major titles with the Blaugrana, including four La Liga crowns and one Champions League.

The 31-year-old has played a key role for Ernesto Valverde’s men once again this year, racking up 52 appearances across all competitions, despite facing criticism for his performances in the middle of the park.

According to the Daily Record, fresh Manchester United transfer links have emerged this week, with Barca reportedly open to selling Rakitic while the market is open for around €55 million.

However, the Croatia international is paying little attention to the rumours swirling in the media and has broken his silence in an attempt to squash speculation during an interview with Mundo Deportivo.

He told the Spanish publication: “I want to win another Champions League with Barca. I have three years left of my contract and this is where I want to be, where I am happy and my family is happy”

This latest news may come as an unwelcome blow to United supporters, who might have been hoping the Barcelona superstar was going to land in Manchester over the coming weeks. 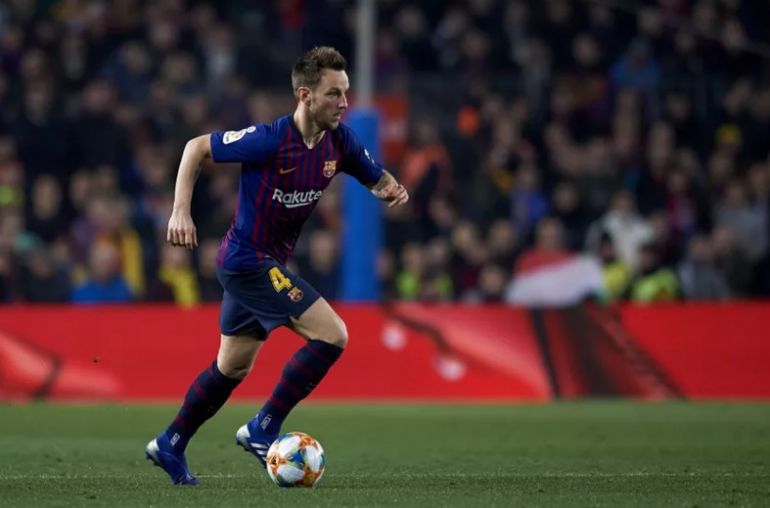 The Red Devils could certainly use a midfielder with the experience and quality Rakitic possesses, but club boss Ole Gunnar Solskjaer may now have to look at alternative targets ahead of next season.

Barca, meanwhile, may struggle to offload a loyal performer who clearly feels he still has plenty to offer the club, which may affect their activity during the window.

Rakitic’s departure could raise significant funds to bring in fresh talent, but it may be that the club decides to keep hold of him for the time being, with more pressing issues within the squad likely to take priority.

The veteran playmaker may not enjoy the same privileges in the first team after the arrival of Frenkie de Jong, who is set to join up with his new teammates after agreeing on a move to Barca from Ajax back in January.

The Dutchman is expected to slot into Valverde’s line up seamlessly, which may leave Rakitic pushed out onto the sidelines, but he is clearly still committed to the club’s cause and willing to fight for his position.