Liverpool youngster Shamal George has tweeted to say he’s not leaving the club after an earlier message seemed to have been misunderstood.

The 21-year-old goalkeeper is yet to make his debut for the Reds’ first-team, and has been out on loan twice, to League Two sides Carlisle United and Tranmere Rovers.

Still, with George not looking particularly close to a place in Jurgen Klopp’s senior side, it could perhaps make sense for him to have said his goodbyes by now.

See below as this first tweet reflecting on the season just gone was taken by some fans as a farewell message to the club’s supporters:

End of season. Been a crazy one. To play for the club is a pleasure in itself. What the future holds for me we will see. But looking forward to the time off to get my head and body back in shape for next season. Thanks for the support #LFC ??? pic.twitter.com/vkPWqRytdh

Here’s an image of just some of the replies being sent his way, which presumably prompted him to then tweet a follow-up making it clear he hasn’t actually left Liverpool. 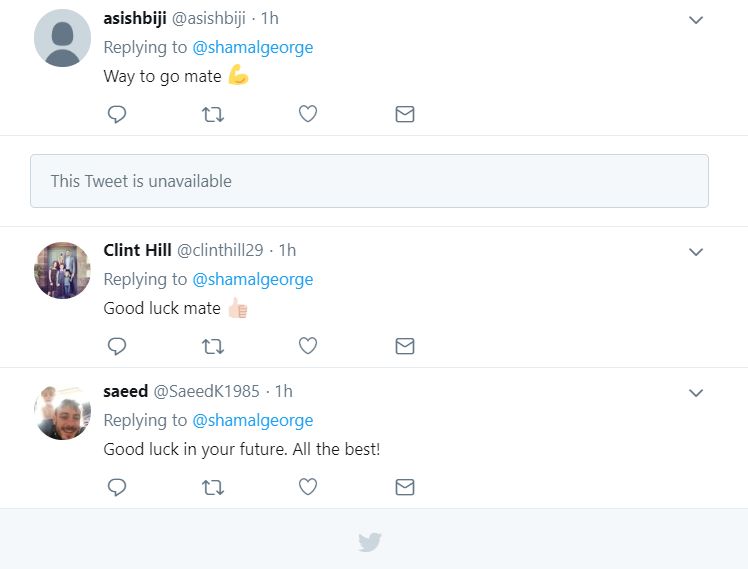 It remains to be seen if LFC will keep him on, of course, so there may yet be a twist to this tale.

With Alisson in goal, it looks like that number one spot is unlikely to be up for grabs any time soon.