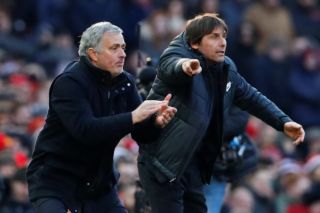 Former Chelsea manager Antonio Conte is reportedly eager for his next club Inter Milan to seal the transfer of Manchester United striker Romelu Lukaku this summer.

The Belgium international has not been at his best for United since joining from Everton almost two years ago, though he was long regarded as one of the most clinical forwards in Europe.

MORE: Manchester United move ahead of Chelsea with transfer offer for Spanish striker

According to the Times, Lukaku is now on Conte’s radar as he prepares to return to football with Inter, and that could be just the right move for Lukaku’s level.

The 26-year-old is perhaps just short of being world class, and as such United may want to think about an upgrade this summer if they want to catch up with rivals Manchester City and Liverpool.

Lukaku, meanwhile, could be a hit for a club like Inter, whilst also looking a good fit for Conte’s style of play.

The Times report that the Italian tactician also wanted Lukaku when he was Chelsea manager.

The piece also quotes Lukaku himself as recently talking up a move to Italy, saying: ‘Serie A is a dream, it would really be a dream. I hope I can play there at some point.’