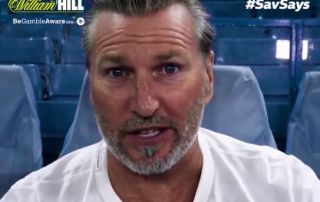 Pundit Robbie Savage has had his say on the best Premier League team of all time after Manchester City’s tremendous success this season.

Pep Guardiola’s side won an unprecedented domestic treble of league, FA Cup and Carabao Cup this season, though Savage still thinks Manchester United’s side of 1999 remain the best.

? Who did the treble better – United or City?

Arsenal’s 2003/04 Invincibles are also given a name-check, but Savage focuses on the two Manchester teams, eventually explaining why he thinks that legendary Man Utd side edges it.

Ferguson’s men won the Champions League that season, facing Europe’s best in the way that City have simply not had to do with some generous draws against lower-league opposition in both the FA Cup and Carabao Cup.