Manchester United are reportedly interested in signing Fluminense forward Pedro Guilherme this summer and he could be available for a bargain fee.

The 21-year-old has turned heads with his performances in South America over the last couple of years, most notably attracting the attention of La Liga giants Real Madrid.

According to Marca, the Blancos had a €30 million agreement in place to sign the Brazilian last summer, but the proposed transfer fell through after he suffered a serious ligament injury.

Guilherme spent seven months on the sidelines but returned to full fitness back in April and according to Globoesporte, Man United are now eyeing a transfer swoop for the striker.

The Red Devils are in dire need of attacking reinforcements this summer, having only managed to finish sixth in the Premier League this season.

Club boss Ole Gunnar Solskjaer does not yet have a central striker he can completely trust, with the likes of Marcus Rashford, Romelu Lukaku and Alexis Sanchez all struggling for consistency. 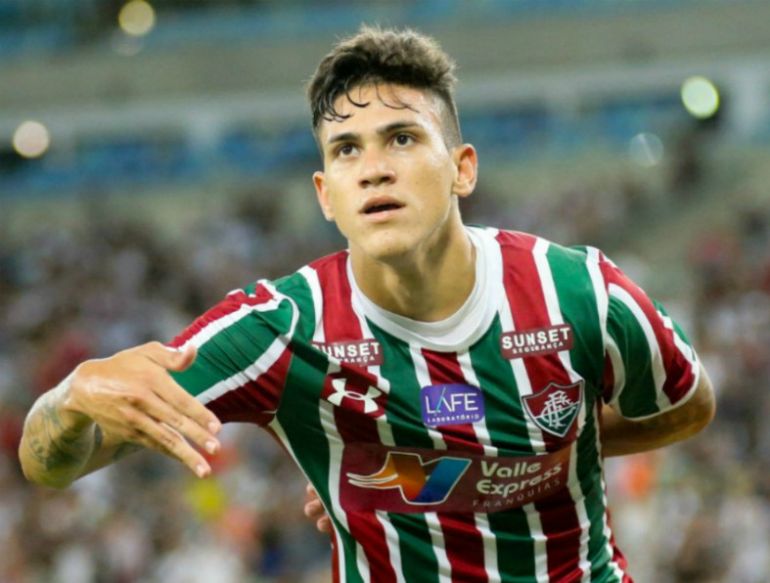 Pedro Guilherme in action for Fluminense

Guilherme scored 19 goals in 40 matches for Fluminense last season and has been tipped for a bright future at the top of the game at both club and international level.

He is a raw talent with plenty to learn, but his potential is almost limitless, with his superb dribbling ability and eye for goal making him one of the most deadly attackers in the Brazilian league.

United could land his signature for between €20 and €30 million – as per Globoesporte – which is a small price to pay for an in-demand starlet who has his whole career still ahead of him.

Solskjaer is hoping to build a squad full of young, hungry and committed players with the talent to play a key role in a new era at Old Trafford, after a difficult few years post-Sir Alex Ferguson.

Guilherme could be a shrewd acquisition for United but they may have to move quickly in the market, with plenty of potential suitors still tracking his progress.

Video: Patrice Evra shut down on air after talking about alleged affair between Zaha and David Moyes’ daughter