Arsenal’s head of football Raul Sanllehi says Aaron Ramsey was not offered a new contract at the club due to concerns over his wage expectations.

The Welshman signed a pre-contract agreement with Juventus earlier back in February and will move to Turin on a free transfer this summer, where he will reportedly earn £400,000 per week – as per the Daily Mail.

The 28-year-old has spent the last 11 years of his career at Emirates Stadium but was told early in the season that his existing contract at the club would not be renewed.

Arsenal chief Sanllehi, who spoke to the club’s official website at the start of the week, has revealed the reason for Aaron Ramsey’s surprise departure, citing a potential squad imbalance over the wage structure at the club.

“Because of our circumstances, because of not renewing Aaron on time, we were in a situation in which Aaron had incredible offers building upon the salary.

“He was really keen on staying with us, he was ready to make the effort but at the end of the whole process, we had to be responsible for ourselves and protect the interests of Arsenal.

“We realised we were going to cause an imbalance that would have been very harmful for the team’s sake in the medium and longer term.” 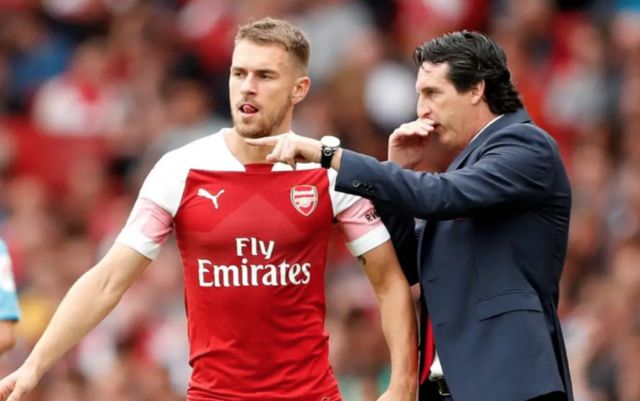 Ramsey & Emery on the Arsenal touchline

Ramsey racked up 369 appearances for Arsenal across all competitions after his switch from Cardiff City in 2008, winning three FA Cups and two Community Shields.

He has been a vital part of Unai Emery’s line up this season, which has made his impending switch to Juve all the more perplexing and Sanllehi went on to admit that the club should have done more to avoid losing a prized asset.

“The position of the club, of losing a player of the quality — not only the football quality but the human quality and club identification — of Aaron, we have to avoid that,” he said – as per Arsenal’s official website. “It’s not correct for us.”

Arsenal are currently looking forward to a Europa League final clash against Chelsea on May 29, which they must win to qualify for next season’s Champions League.

Preparations for the 2019-20 campaign will begin thereafter, with a scramble to find Ramsey’s replacement in the transfer market likely to take place in the coming months. 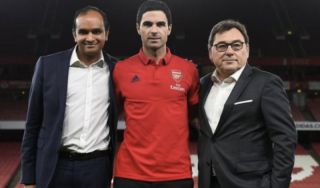