Bayern Munich striker Robert Lewandowski has welcomed a potential move for Manchester City’s Leroy Sane, having been impressed by his displays in England.

According to the Daily Record, the Bundelisga giants have been heavily linked with Sane and have even contacted the player’s representatives over a possible summer transfer.

The Germany international has fallen down the pecking order at the Etihad Stadium since the turn of the year and might be open to a return to his homeland, having previously earned his first professional contract on the books of Schalke.

Lewandowski is excited by the prospect of linking up with Sane at the Allianz Arena, who he feels has a lot of “potential”.

According to Kicker, The Polish forward told a media roundtable on Wednesday: “He’s a great player with a lot of quality and potential.

“I’ve seen quite a few times how good he is. Players like him can improve the team from the very first game.”

Bayern have already signed Lucas Hernandez from Atletico Madrid and Benjamin Pavard from Stuttgart, with plenty more targets mooted ahead of the summer transfer window.

Niko Kovac’s side managed to win a seventh consecutive Bundesliga this season, after a dramatic title race with Borussia Dortmund, but have faced a fair amount of criticism along the way.

The Bavarians suffered an early exit in the Champions League at the hands of Liverpool and with Arjen Robben and Franck Ribery set to leave the club, a major squad overhaul may be needed in order for the club to return to the very top of European football.

Sane has the quality and experience to add an extra dimension to Bayern’s attack and while he is no longer a first choice for City, this particular deal could quite easily come to fruition in the coming weeks.

As Kicker reports, Lewandowski is certainly expecting plenty more activity in the market at the Allianz, as he added: “The transfer window hasn’t even opened yet and we already have two players, I know there’s still more to come. 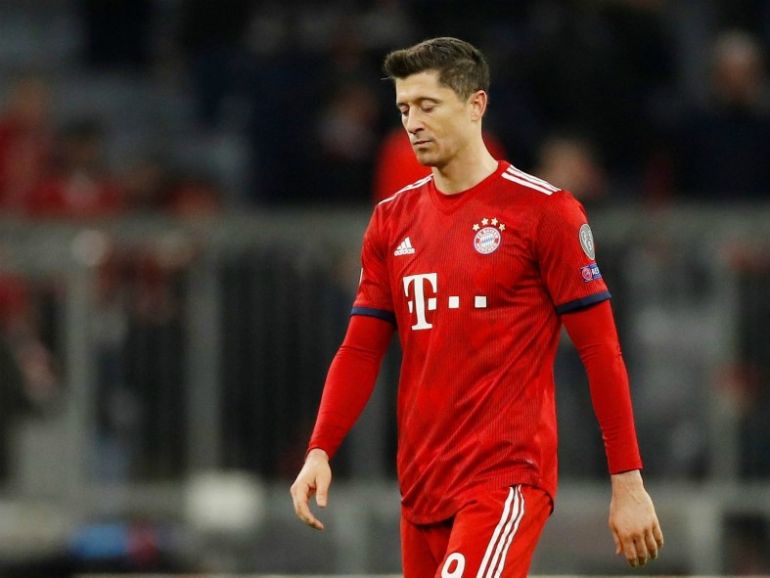 Robert Lewandowski in action for Bayern

“That’s certain. Bayern has not yet said the final word with respect to transfers.”