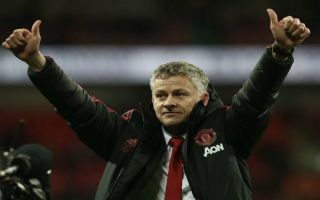 Particularly following the exit of Ander Herrera, Ole Gunnar Solskjaer has a void to fill in his Man Utd midfield this summer, and Nicolo Zaniolo could be an ideal addition.

The Red Devils are coming off the back of a disappointing campaign in which they missed out on Champions League qualification, which in turn could also impact their strategy in the transfer market.

While marquee signings with big price-tags haven’t delivered sustained and long-term success to this point, rebuilding with youth appears to be Solskjaer’s ideology moving forward.

That’s reflected in the fact that Man Utd are said to be closing in on Swansea City starlet Daniel James according to BBC Sport, while Sean Longstaff is also a target, as per the Daily Star.

In turn, with Herrera moving on and the likes of Paul Pogba, Nemanja Matic, Fred and Scott McTominay as his only real top options in midfield, Solskjaer needs to address that area of his squad this summer.

Who is Nicolo Zaniolo?

The 19-year-old has made his breakthrough this season following his move from Inter to Roma, bagging six goals and two assists in 36 appearances for the Giallorossi after being given a prominent role.

While he has shown his technical quality in the final third, his energetic, all-action and box-to-box style make him a key figure in the heart of the midfield and could make him an ideal signing to add balance to United’s trident and replace the influence Herrera had to perhaps allow Pogba to flourish too.

Coupled with a breakthrough for Italy, Zaniolo has a bright future ahead of him for club and country, with Roma undoubtedly keen to keep hold of him to not only help them get back into the Champions League next season but also from a financial perspective, to maximise their profit on him.

As seen in the video below, the Italian starlet has chipped in with some important goals for Roma this season, including some involving a bit of sublime skill.

Zaniolo is capable of producing a moment of magic in front of goal, and that is arguably something needed from a Man Utd perspective from midfield too to lighten the burden on their usual front three and Pogba.

Coupled with experience in Europe, he has already enjoyed competing at a high level and that will surely help with dealing with the pressure at Old Trafford.

As per The Mirror, it’s been reported that Tottenham are prepared to splash out up to £40m on him, and so that would offer a benchmark figure of what it will likely cost, and the competition that Man Utd would face.

Given the level of interest in him though, if bids were to be made, that could see an increase on the touted £40m quoted in the report above, and so United will perhaps have to be prepared to dig deep into their pockets.

As noted by the Mirror above, Real Madrid, Juventus and Bayern Munich have all been credited with an interest, while Calciomercato have specifically mentioned Man Utd as an interested party.

In turn, Solskjaer could have a fight on his hands to secure his signature, but time will tell if the lure of playing in Manchester is enough to convince Zaniolo to snub any other offers he might receive.

From a Roma perspective, they have built a reputation of selling their top players to balance the books over the years, with the likes of Alisson, Mohamed Salah, Erik Lamela, Marquinhos and others all being sold.

With that in mind, if the right offer were to come in for Zaniolo, it’s difficult to see them turning it down, especially given that they’re likely to miss out on the Champions League this season.

For United, Zaniolo appears to fit the mould in terms of what Solskjaer might build at Old Trafford this summer in terms of signing young players with a long-term vision in mind, while filling the void that Herrera leaves behind.