French TV have released an audio Whatsapp message of tragically deceased striker Emiliano Sala telling a friend that he did not want to join Cardiff City.

Sala tragically lost his life after the plane which was carrying him from France to Wales went down over the English channel, just over 24 hours after he had completed a £15 million move to Cardiff – as per the Daily Mirror.

The accident took place on January 21, after Sala had grabbed his final belongings and said goodbye to teammates and staff at Nantes.

The aircraft was lost at sea for two weeks before Sala’s body was identified, but pilot David Ibbotson has never been found.

A thorough investigation into how the plane went down is still ongoing and on Wednesday night L’Équipe’s Enquete documentary revealed an audio Whatsapp message Sala sent to a friend on January 6, during which he stated he had no desire to complete a transfer to Cardiff.

As the Mirror reports, Sala began: “Last night, I sent a message to Meïssa [N’diaye, Sala’s agent], he called me a few hours later.

“So we had discussions and he told me the last night Franck Kita [son of Nantes owner Waldemar] sent him a message to talk, so he called him. They spoke. And, they want to sell me.

“So, there is the offer from Cardiff today. On their side, they have negotiated to get a lot of money. So they absolutely want me to go there.

“It is true that it is a good contract but from a football perspective, it is not interesting for me. So… there you go, they are trying in every way to get me to go there.

“Me I am not scared to go there, because I have battled throughout my career, so to go there and fight, that does not make me scared.

“On the contrary. But also, I say to myself that Meïssa must find me something better between now and the end of the window. Meïssa has said no to Cardiff because he does not want me to go there.” 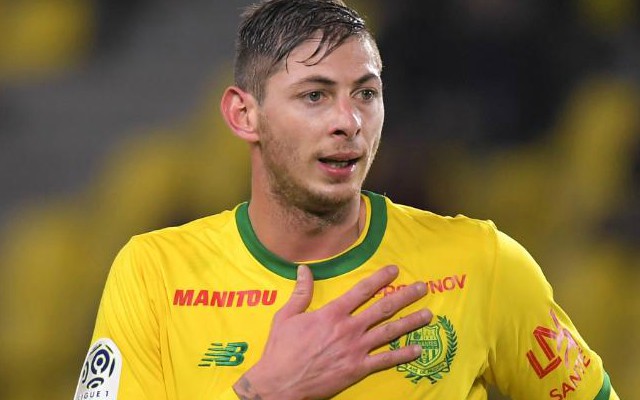 The Argentine went on to admit he was at odds with the Nantes owners over the proposed move, which left him feeling as though he was just a tool for financial gain.

“It is true that I would like to find something interesting in terms of contractually and also from a football perspective, but sometimes you can’t have both. On the other hand, I do not want to speak with Kita, because I do not want to get angry. He is someone who disgusts me when I am face to face with him.

“Him today, he wants to sell me to Cardiff because he has done a super negotiation, he will get the money he wants eh?

“He, he wants me to go there, he hasn’t even asked what I want… All he cares about is money. So, today, we are like that. A complete mess. So there you go… I don’t know.

“I don’t know what to do because as I said to you it is I who has to get up every day and see the face of this person… But nobody is looking at me… myself… me internally, what I am having to go through.

Video: Liverpool loanee Harry Wilson shows his class with a fine equaliser for Cardiff vs his former club Bournemouth