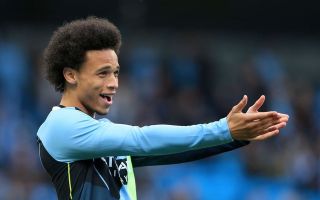 Bayern Munich’s chairman Karl-Heinz Rummenigge revealed that the club were going to lure Sane away from Manchester this summer, according to BBC Sport, the Bayern chief revealed this when questioned about plotting a bid for the City winger:

“We will try. I can not promise whether it will succeed .”

Here’s how Schalke reacted to news of Bayern’s interest in their former star:

According to Italian journalist Fabrizio Romano the Bavarians have made an opening offer of €80m for the 23-year-old, Sane could become Bayern’s record signing:

The German giants have also offered Sane a mouth-watering contract:

#BayernMunchen have offered a contract until 2024 (€10M at year) to Leroy #Sanè. Contacts ongoing to finalize the deal with #ManchesterCity for €80M. #transfers #MCFC

Pep Guardiola and Manchester City are facing a battle to keep hold of Sane and Guardiola might have to to promise the youngster a bigger role in the first-team to avoid losing one of the biggest young talents in the world to a Champions League rival.