West Ham United could lose one of their current longest-serving players this summer, the ace is attracting interest from Everton and could be on the way out of the London Stadium.

According to Football Insider, Everton are interested in signing West Ham United left-back Aaron Cresswell, a separate report from Football Insider also revealed that the Hammers have set a £8m price-tag for the attack-minded full-back.

Everton see Cresswell as a suitable option as a backup left-back to the impressive Lucas Digne, a deal for Cresswell could be fairly simple to negotiate considering Cresswell’s lesser role with Manuel Pellegrini’s side last season.

Three-time England international Cresswell made 20 Premier League appearances for the Irons last season, however the former Ipswich Town ace lost his starting berth to Arthur Masuaku in the second-half of the season. 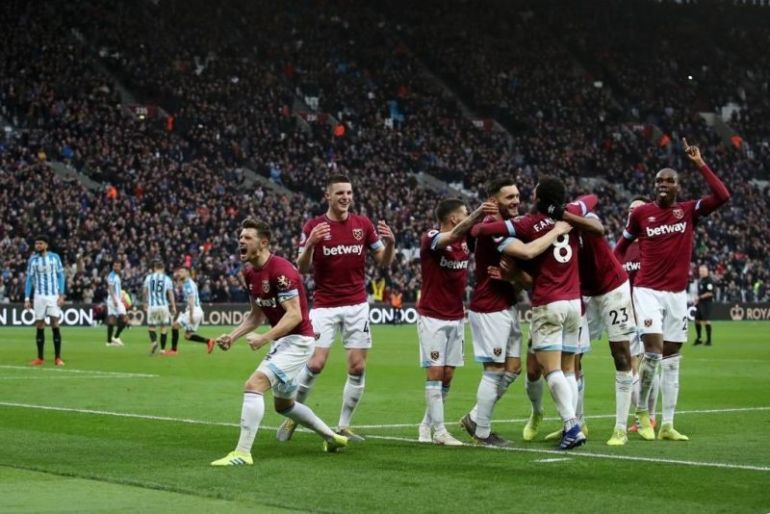 Cresswell celebrating with his West Ham teammates this season.

Everton are looking to add depth to their left-back ranks as 34-year-old Leighton Baines could leave the Merseyside outfit this summer after his contract expires.

Cresswell is an ideal replacement for Baines and a suitable backup to Digne, the trio are all attack-minded full-backs and its fair to say that their biggest strengths are their crossing ability.

Pellegrini has a major rebuild on his hands with the Hammers and the former Manchester City boss will have to say goodbye to some of the club’s long-time servants in order to sign new players and deliver European football to the club’s hierarchy after their significant investment in the last year.